skip to main | skip to sidebar

I’ve recently been requested my credentials and bio by HR, as one of the meditation teachers who moderate lunch time meditations at work. I’ve not had a bio for my Holistic practices before so this made me think about all the certifications, trainings, workshops I’ve attended over the years. After giving a summary of the relevant credentials, I continued the list to add key trainings and trips that impacted who I am.
When I completed the list (which doesn’t even include a fragment of all the continuous education yoga trainings, day-workshops, shares, satsangs, etc.), I was full of gratitude; I was able to attend so many teachings by so many great teachers. What a privilege! When I completed the list, I felt bad for a second that I spent so much time away from my family. However, I think having these workshops helped me become a happier person (and a better mom, I hope). I think everyone should invest in their happiness in one way or another.
Having said that It certainly helps to dream about what you want to do and where you want to go, Most of these workshops were in my Dream list once so I’d encourage you to create yours.
How do you want to contribute to your happiness? Think about what do you want to do for yourself?
Hint, hint!!! Frans is coming back for Reiki Master Teacher Shinpiden class in April and I’m going to an awesome Meditation retreat in Indiana in May. Let me know if you’d like to join me. 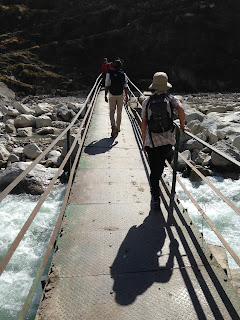 Zeynep Premdasi Yilmaz
I'm a Reiki Master/Teacher who has been practicing, volunteering and teaching Reiki in Cincinnati area with the goal of empowering individuals to tap into their highest potential. My motto is: Love Unconditionally, Serve Selflessly, Transform to the Highest potential